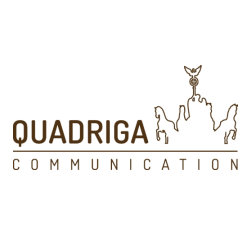 After working together successfully for one year now, DAF and ZDF Enterprises have agreed to extend their collaboration – which means that ZDF Enterprises will be delivering premium documentaries and service magazines to the German Free-TV broadcaster in 2014 and 2015 as well.ZDF Enterprises has licensed another substantial program package with top titles from the international market. After the commercial broadcaster scored its first hits with “Ice Pilots” (season 1), the pilots of “Buffalo Air” will continue to have a place to land next year on DAF with seasons 2 and 3. Another license that’s being extended is “Mayday – Alarm in the Cockpit:” airplane, ship and railway accidents are reconstructed while experts explain how these events have taught them how to prevent future catastrophes.“Origins of Technology” and “Modern Miracles” will remain a popular fixture on DAF. In “Origins of Technology,” archaeological findings and ancient technologies let us draw new conclusions about the technologies used by our ancestors, and allow us a glimpse behind long-forgotten times. Produced by History Channel US, “Modern Miracles” offers thrilling new finds from the field of technology and history.New in the program assortment are series such as “Designer People,” “Mafia’s Greatest Hits” and “Myth Hunters.” “Designer People” portrays personalities – from fashion designers to architects – who leave their mark on the design of today and the future. “Mafia’s Greatest Hits” peeks into the secret files of the FBI, with investigators reporting about the underworld’s brutal business practices. Meanwhile, “Myth Hunters” attempts to separate fact from fantasy by sending scientists out to track down such myths as Noah’s Ark or the Amber Room. The BBC series “Timewatch” will also be extended and further developed.Next to incorporating new features into its attractive complete program, DAF is also extending the agreement for a large collection of contunico clips. Contunico is the premium short-film service of ZDF Enterprises. The short films come from ZDF’s vast archives and comprise further thematic groups: from history and current events to culture, science, health, travel, nutrition, entertainment – something for every age group.Ralf Rückauer, VP ZDFE.factual at ZDF Enterprises, is looking forward to continuing the fruitful partnership with DAF: “There’s always something special about not only continuing, but also deepening an existing and well-functioning cooperation. This is why we are particularly proud to remain partners of DAF with a great quantity of top-quality shows.” Prof. Dr. Heberling, chairman of the board of DAF, is also delighted: “With this ideal mix of daytime, economy, finance and stock market reporting – our core business – and high-quality documentaries from ZDF Enterprises in primetime, we are steadily approaching our goal of making DAF accessible to a broader public and expanding the station’s acceptance.”—About DAF Deutsches Anleger FernsehenThe DAF Deutsches Anleger Fernsehen can be received free-to-air via ASTRA digital as well as, among others, the major cable networks Unity Media, Kabel BW, Martens und Wilhelm.Tel and the Deutsche Telekom’s IPTV network, Entertain. Moreover, the station can be seen on its own online portal www.daf.fm. The broadcaster also provides access to all of the station’s reports and interviews in the cost-free DAF Mediathek – more than 50,000 videos for over 3,000 single values.DAF is a cooperation partner of the news broadcaster N24, which obtains its live reports from DAF correspondents on site at the Frankfurt and New York stock exchanges. On every trading day, DAF reports ten hours live from the studios and editorial offices in Frankfurt and Kulmbach, as well as directly from the German Bourse and the New York Stock Exchange.Contact DAF Deutsches Anleger FernsehenBörsenmedien AGThomas Eidlotht.eidloth@boersenmedien.de+49-9221-9051-233Contact DAF PressQuadriga Communication GmbHKent Gaertnergaertner@quadriga-communication.de+49-30-30308089-13—About ZDF EnterprisesZDF Enterprises was founded in 1993 as a commercial subsidiary of ZDF, one of the largest and most renowned TV broadcasters in Europe. Headquartered in Mainz, Germany, ZDF Enterprises is responsible for the worldwide sale of programs, the making of international coproductions, the acquisition of licenses as well as the merchandising of strong program brands in its own name, for the ZDF, and for third parties. ZDF Enterprises has successfully established itself as an independent market player on the German and international stage. Bound into a strong group, the company manages the largest German-language stock of programs in the world and, next to this, a continuously growing portfolio of international productions consisting of series and miniseries, TVmovies, documentaries and children’s programs. In the course of the development and diversification process carried out up to now, many business fields in the television and media domains were made accessible in the ZDF Enterprises group. Thus ZDF Enterprises can provide a comprehensive, full-service offering today, and covers every step in the chain of origin and exploitation of successful TV programs, from development to production and up to the marketing of TV licenses, merchandising rights, online rights and much more.Contact ZDF EnterprisesChristine Denilauler (Vice President Marketing and Corporate Communications), ZDF Enterprises GmbH, Erich-Dombrowski-Str. 1, D-55127 Mainz/Germany, Tel.: +49 6131-9911130, Fax: +49 6131-9912130, e-mail: christine.denilauler@zdf-enterprises.de, www.zdf-enterprises.de.﻿